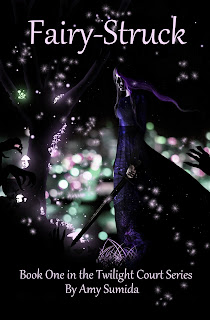 Fairy-Struck is FREE on Amazon on the 10th day of every month!
Is it the 10th? Get your FREE Ebook here: Fairy-Struck on Amazon

Would you like to hear a real fairy tale? A story about the war between us and them. A war which led to a truce and a truce which led to the creation of a secret society. There are councils you know nothing about, councils of fairies and of humans who write laws which govern us both. Laws you also know nothing about yet still you are held accountable to them. If you break these laws, the Wild Hunt of Fairy will come for you but don't worry too much, it's hard to break laws concerning that which you don't believe in. Fairies tend to break the truce more than humans and that's where I come in. I'm part of a military force who monitors the fey. When they cross the line, we extinguish their light... permanently. I'm Extinguisher Seren Sloane and I can tell you a real fairy's tale, if you're brave enough to listen.
Read a free sample here
Posted by Unknown at 9:19 PM No comments:

Godhunter FREE every 9th Day of the Month 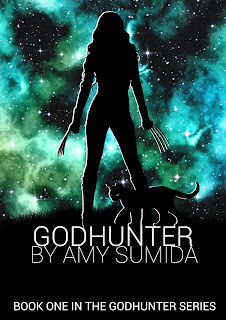 The first book in the Award-Winning Godhunter Series is free every 9th of the Month!

Is it the 9th? Then get your ebook copy here: Godhunter on Amazon

My life has never been normal.


I was born a witch. I know about the power of Nature and how to harness it. I know about a lot of supernatural things but I never believed in god... not any of them. Until the day one tried to kill me.


But that was before I kicked Thor in the balls.
Read a free sample
Posted by Unknown at 9:11 PM No comments: